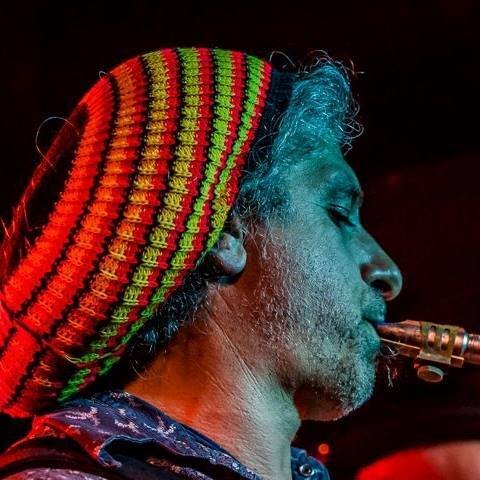 Michael Brown is a saxophonist, improviser, composer and songwriter. Crossing many genres has been a feature of his development playing and composing jazz, latin, african and reggae music a consequence the multicultural environment of Sydney music scene.

He even dabbled in Indian classical music. He graduated from the Sydney Conservatorium in 1992 specialising in jazz and then set on a musical journey that took him to Asia, the UK and Brazil. He later took up residence in Cuba and New York. Returning to Sydney he brought much more to his playing and gained some success in the world music scene performing with African legend Epizo Bangoura and Aria nominated Colombian rock group Watussi. He has also led a latin jazz group and is presently embarking on a new project the Mambo Brown Trio.